A Slower Speed of Light

From the MIT game lab comes a weird videogame : 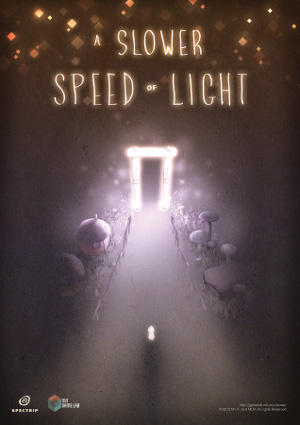 It's a game that toys with the most serious speed limit in the Universe, the speed of light. Using a custom built graphics engine, the game enables you to "see" what it would be like to travel at such speeds, while you simply try to pick up orbs along the way.

The relavistic game engine is open sourced (yeah!), and features :

the Doppler effect (red- and blue-shifting of visible light, and the shifting of infrared and ultraviolet light into the visible spectrum); the searchlight effect (increased brightness in the direction of travel); time dilation (differences in the perceived passage of time from the player and the outside world); Lorentz transformation (warping of space at near-light speeds); and the runtime effect (the ability to see objects as they were in the past, due to the travel time of light).