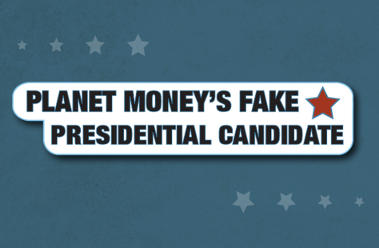 In the last months, NPR's Planet Money radio show has been asking economists what it would take to take the US on the path to economic recovery. Those episodes are available online for free.

In episode 387, "The No-Brainer Economic Platform", they have met 6 economists from across the political spectrum. The group has come up with five proposals to reform the tax system, plus the legalization of marijuana.

Then in episode 402, "Free Heroin, And Other Ideas That Won't Get You Elected", they mentioned other ideas that didn't make it into the platform, such as "free heroin for drug addicts", a tax on lobbyists, a tax on financial transaction, one economist even proposed making the deficit bigger (2 trillions dollars), to start infrastructure projects.

In episode 406, "Making Economics Sexy", they have met political consultants, in order to know how to convince people to vote for their fake candidate. These consultants, especially Hank Sheinkopf, are amazing. They can create 30s political ads in a few minutes. If you only listen to one episode of this series, make it this one. It is impressive to find how they can create an ad for a proposal, as a republican or democrat.

Finally, in episode 413, "Our Fake Candidate Meets The People", they've run the campaign by a focus group. This did not go well, as most people hate economists and the way economist talk.

It is interesting to see that the choice of words is very important, as they can make voters automatically confused, afraid, or interested. This is why politicians sounds like they do : their statements have been "focused grouped to death".

On the topic of Marijuana, the debate immediately became heated : it is one of these issues that are very divisive. People are against it… Because they are against it.

Again, it is fascinating to see that once people hear the political ad crafted by the consultants, they feel better about the proposal ; these ads are great to at least start the debate.

This platform is impossible to sell to voters, but maybe they should run, just so that the next guy can propose at least one of these changes, claiming "at least I'm not as crazy as the Planet Money guy".

Happy Steam sales to you too!