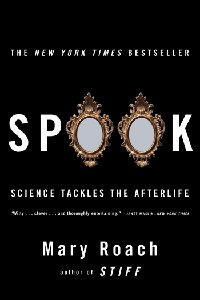 Is it possible to apply science to test the paranormal ? It should be. In Spook, Mary Roach explores various supposed proofs of life after death, in a scientific and often very humorous way.

Why do reincarnation stories only appear in cultures that believe in reincarnation ? What was behind the craze for seances in the 19th century ? Can you record a ghost on modern technical equipment ? Will the author find a real ghost ? No. But it's still a fun read.

As skeptic scientist, I did find the book very entertaining (scientists in the 19th century were craaaaazy), but I don't think that a believer will be convinced by the interviews Mary Roach did.