The last day of TED global 2012 started with Maurizio Seracini, who studies paintings with modern tools, in order to discover lost art. Using a sort of "endoscopy", a 4 mm camera, he was able to find painted walls behind newer ones, inside the palazzo vecchio in Florence With X-rays or infrared, he can look back in time and see what the older layers of a painting : the first drafts, even the original crayon drawing.

This data is a great way to look at paintings, and can be shown to the public using a standard tablet PC and augmented reality software. 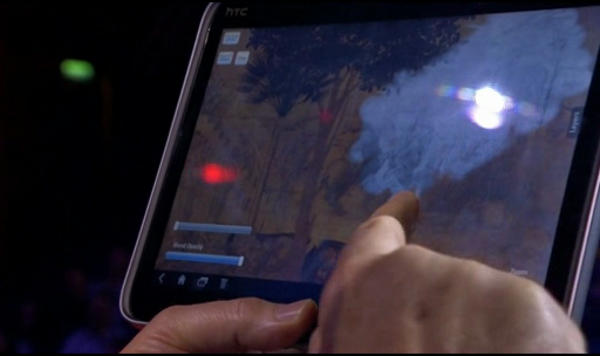 The next speaker, Becci Manson (@Pickles74), also works with images as she is a photo retoucher, a master of Photoshop. She started to talk about the 2011 tsunami that shook Japan. I was starting to wonder what was the connection to photo retouching, until she mentioned the thousands of photos that had been damaged or lost during the flooding.

She emailed other photo retouchers, and asked them if they could help restoring these memory keepsakes. The response has been impressive, everyone wishing to do something to help anyway they could the people who had lost everything.

After art came science, with the research done by Mina Bissell on cancer. She has wondered how cells, each with the complete DNA sequence, can coordinate, and has come to the conclusion that context and architecture play a significant role. By modifying the structure of cancer cells she has been able to revert the malignant phenotype.

Always think, What else needs to be discovered? Don't be arrogant. Arrogance kills curiosity.

She was followed by a short talk given by Mozilla COO Ryan Merkley (@ryanmerkley), who presented a new Mozilla product dubbed Popcorn. Popcorn is a way to put videos right back into the way websites are created : With this new tool, you are able to add and modify text, images, even maps from the video itself. Best of all, this dynamic video editor is done in HTML, Javascript and CSS, all you'll need to make it work is a web browser.

Imogen Heap (@ImogenHeap) then gave an interesting and weird performance, with an electronic suit as her instrument. At TED 2011, she previewed "musical gloves", which you can see in action on Youtube. With her suit, she is able to pick up ambient sounds from the audience, and pick them up and harmonize them into the song. It was a bit strange. :)

The session on "taking another look" ended with a fascinating talk on the subject of medical studies, on informed consent. John Wilbanks (@wilbanks), a data commons advocate, explained that medical studies put their data into "silos", where it cannot be accessed for any other study. He maintains that we should want to open & share that data, in order to create the largest samples sizes possible.

He launched a website where you can consent to your medical, lifestyle data being syndicated to researchers: weconsent.us. On this website, you accept to share anything medically related to you, from your genotype to blood work, all you need is to be 14 to signup.

This data common can then be accessed by any researcher, it is a clinical study where the patients supply the data.

Naked and pure is the spirit that transcends the existence mediocre

The last session of TED global 2012 started with a great talk on remixes and "theft", by Kirby Ferguson (@remixeverything), a filmmaker and remixer. What is the line between copy and theft ?

(Did Bob Dylan steal from Jean Ritchie? Did Danger Mouse steal from the Beatles? Everything is a remix; this is creativity. Two thirds of Dylan's song were borrowed from old traditional songs ; Henry Ford claimed "I invented nothing new".

In 2007, Apple patents the "multitouch interface", something that was at TED the previous year ! Apple took ideas from Xerox labs, Steve Jobs even quoted Picasso ("Good artists copy, great artists steal"), yet in 2010, the same Steve Jobs said "I’m going to destroy Android, because it’s a stolen product", in a case of great artists steal, but not from me !

Today's copyright and patent laws contradict where creativity comes from, and try to lock everything down for decades. (See the CTEA or Mickey Mouse Protection Act)

He was followed by the Chinese blogger Michael Anti (@mranti), who came to talk about the "Chinese internet". In his words, China is a great country, but it is sick : along with Iran, Syria, and North Korea, they control or block Internet access. The Great Wall used to protect China against invaders, now the Great Firewall tries to protect it from its own citizens, and to prevent them from reaching the outside.

Yet China has 500 million Internet users ; 300 million microbloggers, the entire population of the US. The government there does what one could call "smart censorship" : They copy the websites they block, in order to satisfy the people's needs, while keeping the servers in Beijing. When Mubarak cut the Internet off, he made a grave mistake : if people can't get online, they go in the streets.

Such a large number of Internet users creates a lot of energy, and they are able to research and find the data they need. For instance, the American embassy data on air quality in Beijing is better than the official numbers, and people know that. On the twitter clone, people go around the filters, using code words like "Grass mud horse" (草泥马) for "motherfucker", or "river crab" (河蟹) for "censorship".

Still, if a Chinese tried to organize a meetup through social media, he would meet the police there. The technologies are new, but the techniques are old. What is the future for chinanet ? The mouse will keep fighting the cat, and it would be dangerous to forget that, in the US and Europe as well, there are dangerous "cats" : SOPA, PIPA, ACTA… Facebook and Google claim to be friends of the mouse, but they are sometimes caught dating bad cats. :)

We will fight for our freedom, you just watch your own bad cats, don't let them hook up with Chinese cats.

Speaking of the Internet, the journalist and author Andrew Blum (@ajblum) came to talk about what the Internet is, physically.

When you think of the Internet, what's your mental picture ? A cloud, maybe a series of website frontpages… a series of tubes ?

We're increasingly thinking of the internet as a virtual place, storage in a cloud. Yet it has a very tangible physical reality, one that Andrew Blum has been investigating. The oceans are full of underwater cables, transmitting light at 10Gb/s through optical fiber and amplificators. These cables can transmit 50 to 70 channels of dedicated wavelength of light (i.e. colours) at the same time.

Wired people should know something about wires.

The next talk was by Margaret Heffernan (@M_Heffernan), a serial entrepreneur. She talked about the discovery of the link between X-rays and defects in pregnancies : it was discovered in 1956 by Alice Stewart, but it took 25 years to stop making pregnant women take X-rays images ; Openness alone cannot drive change.

Alice worked with a statistician, who famously said "my job is to prove doctor stewart wrong" ; His job was to create conflict, he was not an echo chamber. We need people like that, people who think differently from ourselves.

This is especially true in organizations, where people are afraid of conflict. In a study, it was established that 85% of employees in the US and in Europe are afraid to raise points.

Yet when you raise a concern, very often others will say that they thought the same thing ; you are viewed as a leader, not as a whistle blower. "Openness is the beginning". If yourself are the leader of an organization, celebrate the people who raise concerns. Make it into the culture. Most CEOs have nobody telling them what's going on.

The truth won't set us free--until we develop the skill, talent and moral courage to use it.

Her talk was followed by a performance by the web music sensation Daria Musk (@DariaMusk). The music industry looked like a walled fortress, so she decided to "crash the party" : she started doing online concerts, and hangouts on Google+ (link to her profile). She now has fan from all over the world, concerts with 200,000 online attendees. 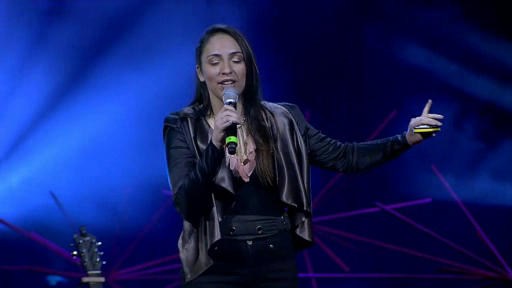 It was then time for the very last guest of TED global : Clay Shirky, a writer and teacher on the social and economic effects of Internet technologies. He talked about how the Internet, this new global communication tool, is changing the way we exchange ideas. better communication tools have always created more arguing, which is good thing.

In the world of computer developement, the usual system had been "one person controls the source code, and multiple programmers send modifications, to be approved", a sort of feudalism. This was the case until Linus Torvalds decide to release his unix clone for everyone to tinker with.

He created git, a version control system for the open source world. With it, everyone has access to everything, and two or more programmers can even work on the same piece of code. Git is cooperation without coordination, it brings back chaos in the process.

On github, the top git hosting platform, some people are using git in very original ways, as a way to participate in law making for instance. Just as source code, the law is full of depedencies and can benefit from a tool like git.

In the fringes of github, we find experimentation, such as "open US senate", or "cable is poetry", which finds naturally occuring haïkus in the diplomatic cables released by Wikileaks. :)

When you adopt a tool, you adopt the management philosophy embedded in that tool.

And that's it for TED global ! Chris Anderson asked the audience if they should take TED global "on the road", and change a different venue for it every year. The response was a unanimous yes !

What happens next is up to you.

More on the topic of sharing your medical data : Salvatore Iaconesi, an Italian open source advocate, has decided to share the details of his brain tumor online : artisopensource.net/cure.