Here are my comments on the last two sessions of this amazing week :

Session 11: The Echo of Time

The second to last session started with Jack Horner, a "dinosaur digger". He mentioned the book Jurassic Park, and asks : is it really possible to build a dinosaur ?

He begins by explaining why Michael Crichton's method would not work, and informs us that the closest living relatives to dinosaurs are birds, including chickens. In theory, it would be simpler to modify a chicken than to find dino DNA.

Using three biological modification tools, selection, transgenesis, & atavism activation, researchers are able to bring back extinct features in a chicken fetus, including teeth, and a tail.

Jack Horner concluded by saying why he's doing this: "I think is a great way to teach kids about evolutionary biology and developmental biology".

He was followed by Rajesh Rao, a computational neuroscientist. In his day job, he "create[s] computer models of the brain", but his hobby is deciphering the last unknown script of the ancient world, the Indus script.

In this interesting talk, Rajesh Rao explained how we know that this is a linguistic script, and why is it very hard to decypher it.

He was followed by some short audience talks, including a very amusing one, which presented a new videogame concept based on Guitar Heros, "TED Heroes".

The next talk was given by Harvey Fineberg, an health policy expert, who made us think about the future of evolution. Humans, with modern medicine keeping the body alive long after procreation, is following a different goal that evolution.

Regular evolution, it would seem, no longer applies to us : doctors keep people living for a long time, which keeps genes "alive" in our genome. Could the future of Human evolution then be "Neo-Evolution" ? 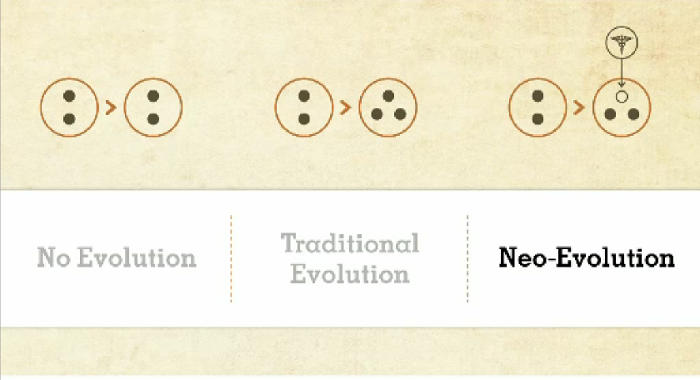 What if we could modify our own DNA to not be at risk for some disease ? What if we could include that modification in our offspring ? Isn't that future inevitable ? And finally, "Will we ever be able to develop the wisdom and inherit the wisdom that we need to make these choices wisely?".

The session ended with Stanley McChrystal, a four-star general in the US Army, former commander of U.S. and international forces in Afghanistan. he gave a brilliant speech on how to lead people, on the trust that you have to build, and mentionned the way new technologies made him have to rethink his tactics.

The last session of the conference, "Only If. If Only." started with some one-minute talks by audience members, wishing to comment on a talk they've heard. Bill Ford got an earful, with two responses to his talk on the future of cars. Someone also wanted to answer to Ai Weiwei's comments about China, by saying that the country has done amazing things to get out of poverty, and that the majority of Chinese citizens are happy with the way the country is run. Riiiiight.

They were followed by Kathryn Schulz, who has "spent the last 5 years of my life thinking about being wrong". According to her, most people live their lives in a sort of bubble, where they are sure that they are right about everything they know. Being right makes us feel "responsible, virtuous, safe". The inconvenient is that we do not understand how some people can disagree with us; we often think that others are ignorant, idiots, or even evil.

The next talk was given by John Hunter, an educator featured in the movie "World Peace...and other 4th-grade achievements", and inventor of the World Peace game, a sort of mega-Risk, played on 4 boards. It allow children to learn, in a bloodless way, how to do what's right.

The session, and the conference, ended with Roger Ebert, a film critic and blogger who lost his voice to cancer a few years back. Using a computer generated voice, he introduced the people he had recruited to read his words : his wife Chaz, John Hunter and Dr. Dean Ornish. "Because of the digital revolution, I have a voice, and I do not need to scream".

And with that, TED 2011 came to a close. It has been an amazing week, and has given us a lot to think about. I did miss a few sessions though, but thankfully this year the talks are available in an archive (for attendees and associates only), so I'm able to watch them now. I'll edit my previous blog posts to add my comments about those talks.

Thanks for having read all this, and sorry if there are grammatical mistakes.