Well I'm a little late for my TED 2012 recap, sorry about that. Six talks are already online, check out the program. It's time for TED ! Let's look at the different sessions.

The theme was "Full Spectrum", meaning that each speaker had to choose an angle that would open up the full spectrum of his or hers topic. I'm not sure I got it. The set was very nice, much more "virtual" than it had been in the previous years. Nothing on set, only giant screens.

Just like last year, TED opened with a talk about space; Brian Greene (briangreene.org), is well known for his documentaries where he tries to explain string theory to the rest of us. He mentioned that the Universe is expanding faster and faster, and there will be a time when stars are so far apart that whoever is left on Earth will have a hard time believing they ever existed. And what is the Universe expanding into ? Well the multiverse of course, a collection of different universes, each with it's own set of physical constants.

Could we ever prove something like that ? Well yes, if two universes "collide" there should be some evidence in our universe's background radiation.

Greene was followed by Sarah Parcak (sarahparcak.com), who has the "cool" job title of "space archaeologist". using satellite imagery when are now able, from space, to see patterns on Earth the show for instance ancient cities of Egypt.

The next talk was original, to say the least. It was a TEDTalk from the year 2023, conceived by Ridley Scott and Damon Lindelof & directed by Luke Scott. Very nice to watch for any science fiction fan, it is a window into what the upcoming movie Prometheus will be like. The full clip is available online, and to download in HD. More info on the TED blog, blog.ted.com/2012/02/28.

The next speaker, Paul Gilding (paulgilding.com), has been the global CEO for Greenpeace. His talk was a scary one, mentioning that "the Earth is full", and that we are heading straight into a wall. According to Gilding, if we do not change our ways immediately, we won't be able to prevent wars & revolutions when the resources we over-use will disappear : "When things aren't sustainable, they stop".

Peter Diamandis, the founder of the X Prize Foundation, spoke next. In his eyes, our world is not over yet. There are more of us each day, true, but the rate of people connected, via cellphones or the Internet, is growing even faster. With more minds thinking together we will find a solution to the global warming crisis, like we avoided crises in the past. The key, according to Diamandis, is education and healthcare. This reminded me of a talk that Hans Rosling gave in 2010 on global population growth : with education, we can stabilize the growth of the world's poorest people.

Those two talks had to be followed by some questions & answers, as Paul Gilding came back to the TED stage for a short back & forth. The "Diamandis" point of view was the most popular of the two; time will tell if we put too much faith in technology and innovation. I for one think that even if we wanted to change the way we use resources, there is no way that every government will follow suit. We will have to hit some sort of wall first. Let's hope the crash won't be too severe.

This exhilarating session was closed by Susan Cain, author of the book "Quiet: The Power of Introverts". She told us that we may put too much value into "extrovert" traits, when we need both them and more timid people to make the world turn. "Have the courage to speak softly", she said, a phrase that will resonate with the very last session of the conference. 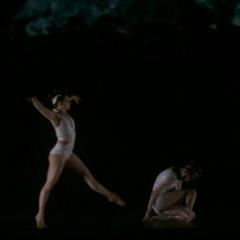 Session 2 started with a beautiful dance number by the performance ensemble Quixotic (@quixoticfusion). Their dancing mixed graceful movements with images displayed on screen, and aerial numbers.

They were followed by Andrew Stanton (@andrewstanton), a filmmaker at Pixar, writer of the "Toy Story" trilogy. He gave insight into what he has been trying to create, and the art of story telling.

Then Jimmy Guterman (@jimmyguterman) gave a short talk on the concept of "comebacks", but I didn't care much for it. The "kinetic sculptor" Reuben Margolin came up next, showing some of his pieces. More on youtube : youtube.com/user/reubenmargolin. And in another short talk, Terry Moore explained why X is the unknown in mathematics, a very fun explanation.

Keeping with the artistic theme of the session, the poet Billy Collins took the stage. I don't know a lot of contemporary American poetry, and was delighted to discover his work. I hope they put his talk online, and that someone else will translate all the poems. :)

Music followed poetry with Michael Tilson Thomas, a conductor and educator that took us on a journey around 1000 years of music history, accompanied by the sounds of his piano. A great talk, which brought to mind a TED classic, the Benjamin Zander talk from TED 2008.

The third a final session of the day was "The Dinner Party", where speakers were all seated at the same table. Original start, even though the dinner party had imaginary food and no wine. As a Frenchman, I find this offensive.

The rest of the guest were able to ask questions, they did not seem very impressed with the idea that the world is getting more humane.

They were followed by Julie Burstein (@Julie_Burstein) with a talk on creativity. She offered the metaphor of Raku, a kind of Japanese pottery, for the process of creativity. The idea is letting go, letting the clay pot cool in a way you don't control. Creativity also come from experience, challenges., pushing against one's limits. and the embrass of loss. rejection, heartbreak, and death. Seth Godin (@ThisIsSethsBlog) had a nice thing to add on the fear of "failure" : "Innovation is just repeated failure until something works".

The next talk was on a more depressing topic : healthcare reform in the US. Atul Gawande (profile) gave a wonderful speech on the evolution of the field of medicine. Doctors realise that they can't know it all, they can't do it all anymore. Doctors are cowboys, but we need pit crews.

Is it possible to design medicine as a system, to develop "check lists", like the ones they have in the industry ? Gawande tried, and implemented checklists in 8 hospitals around the world : complication rates fell 35%, death rates fell 47%. Yet there is a deep resistance to using checklists. This reminds me of Malcolm Gladwell's book Blink, which mentions the cardiologist Lee Goldman, who developed a decision tree that evaluates the likelihood of heart attacks better than trained cardiologists in the Cook County Hospital emergency room in Chicago. His talk brought up so many questions by the rest of the "guests" that not everyone was able to give his or hers opinion.

After such a heavy subject, an Ethiopian singer gave a nice performance, a nice way to recharge one's mental batteries.

Jonathan Haidt (@JonHaidt) spoke next, on spirituality and "self transcendence". Why does the self sometimes seems to melt away ? And most importantly, is it a "feature" of our evolutionary design, or a "bug" ? Some see religion, for instance, as a "parasitic meme", something that we carry on thanks to some other feature of the human mind.

Humans cooperate, but not as well as bees and wasps. We tend to cooperate and then break apart. But sometimes very strong groups form, around an idea, a war, or a religion. Darwin, in The Descent of Man, brought the idea that people gather in groups to form a sort of "super organism", which has better chances of survival. Jon Haidt thinks that we evolved a way of seeing sacredness everywhere, in order to join forces around a sacred object.

That's it for the first day of the conference ! Session 3 ended with music from the "TED house band", composed of members of the TED community.