The classroom starts with Bill Nye, "the Science guy" (@TheScienceGuy), who came to share his passion for sundials, placed on Earth or … on Mars. Next came Ainissa Ramirez (@materialmarvels and @blkgrlphd), who demoed shape memory alloys, before pleading that rare earth materials are overused (a smart phone contains 64 elements !), and that we need a better science education to teach today's kids how to solve tomorrow's problems. The "failure" theme was back; we need to teach that it's ok to fail and take risks. "For a scientist, failure is data".

Next to take the stage were John Bohannon and the Black Label movement, on how to talk to kids about sex. i guess the way to have "the talk" is through interpretive dancing. :) They brought forth a lot of good points, in a very original presentation : 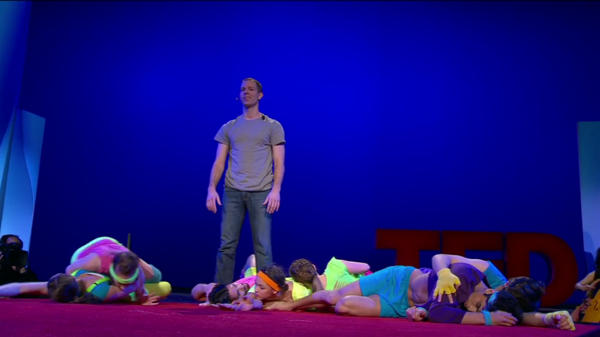 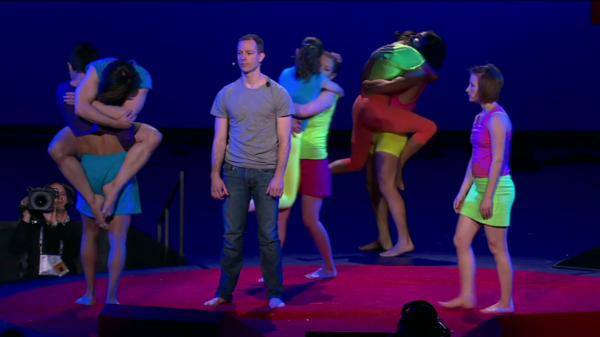 We've outsourcing the facts of life for decades : "turn on the TV"; We spend large amounts of money to scare kids off drugs and/or sex, and it doesn't work. You need to have that conversation. It can't be mass produced; it doesn't scale up. But you need to be honest about your own experience.

BTW, the the music from this dance was from Jelloslave.

While we're on the topic of sex, Al Vernacchio gave a very humorous short talk on a new "metaphor for sex". Sports seem to be the dominant metaphor, yet it is too sexist, too heterosexist, and competitive. Why not think in terms of pizza ?

When do you have pizza ? When you both want to. It comes from a feeling, am I hungry for pizza ? You can eat it however you want; there's no winner and loser.

This appetizing talk was followed by the author Kate Messner (@KateMessner), who tried to teach us the power of "world building". Can we imagine a dystopian future, and try to reverse engineer it ? The crowd is nice, but we need more "kid sourcing". It may be too late to do anything, but "what if it's not, and what if we start now ?". 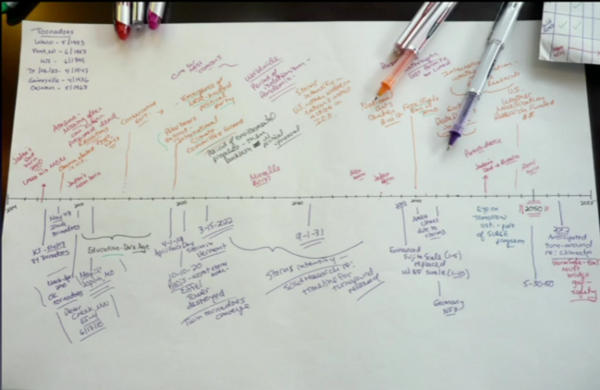 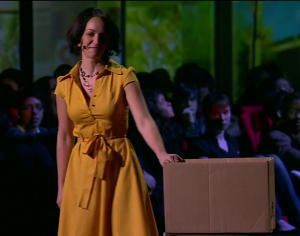 Next up was Angie Miller, the 2011 "Teacher of the Year" in New Hampshire. She came with a box of memories, documents that show what her life as a teacher means to her. In History, documents are an amazing source of information; they "remind us that everybody will always be as real and conflicted as you and me".

How do you want to be remembered ? It's your responsibility to record history, if you don't somebody else might.

Then, Awele Makeba came on stage to tell a story, the inspiring story of Claudette Colvin, a key figure in the early civil rights movement.

Chris then gave a talk on the search for alien life forms. Where is everybody ? The Universe is billions of years old, shouldn't we have met a space faring civilization by now, or traces of it, like monemental works of art, or ruins ? Either we're the first, or, and it is a scary thought, we truly are alone. Maybe life is just a passing phase, or maybe every intelligent species carries the seeds of its own destruction… 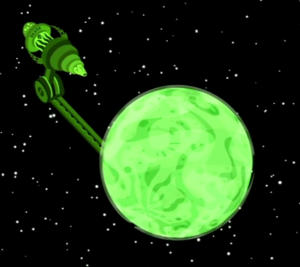 Still on the topic of life, the next talk, by Aaron Reedy (@mr_reedy), was on the theory of evolution. We often hear that evolution cannot be proven, that you can't conduct an experiment to show evolution. This is simply not true, scientists have shown change in a population of guppies, over a decade.

The Classroom ended with -what else- a teacher, Rafe Eswuith, who teaches Hamlet and music to his pupils. They came on stage and gave a fun performance.

TED is really a great community. People who have been moved by Bryan Stevenson's talk, on the injustice faced by young & poor people in the world, have accepted in a few minutes to pledge thousands of dollars to his cause.

No longer stuck at customs, Henrik Schärfe was able to give his talk, and bring onstage his android replica of himself, Geminoid DK. The thing looks okay, but doesn't pass for human at close range. The way it moved its lips was just laughable; I think we can do better given today's technology. Don't videogames analyze speech to know how to animate a caracter's mouth ? 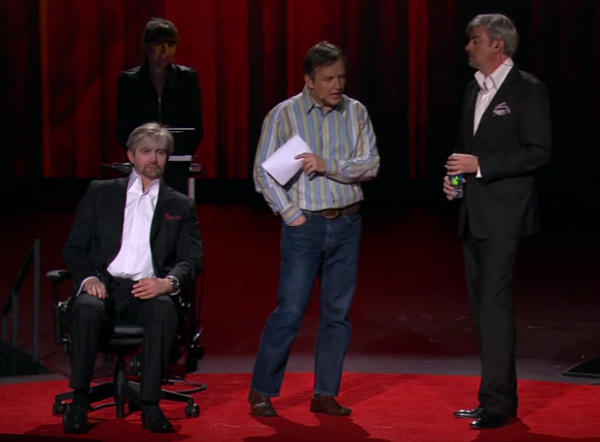 Sebastian Wernicke was next, on the topic of the "choose your own adventure" concept. Should we have a "choose your own TED talk" ? Probably not. This is similar to the 2011 Eli Pariser talk on "filter bubbles" : by choosing, tailoring everything around you, you miss new ideas and serendipity.

The artist Cesar Kuriyama (@CesarKuriyama) presented his latest personal project : he films one second of everyday, and compiles them in one long movie.

Nobel Peace Prize winner Leymah Gwobee, a Liberian activist, came next. She is the executive director of the Women Peace and Security Network, and gave a sad talk on the fate of teenage girls in Liberia, yet she doesn't loose hope.

After that, Jacob Soboroff explained why Americans vote on a Tuesday (no good reason), followed by an auto-tune video recap. Dear god, why ?

The last speaker for the 2012 conference was Brené Brown (brenebrown.com), a researcher on vulnerability and shame. She got millions of views on ted.com for her talk at TEDxHouston.

Shame is not guilt. Shame is a focus on self. Guilt is a focus on behavior. (…) For women, shame is: do it all, do it perfectly, and never let them see you sweat. For men, shame is one - do not be perceived as weak.

Failure, and the fear of, have been a focus of a lot of talks this year. I'll try to remember Brené's words, and take the plunge more often : "I'm gonna go in there and kick some ass, when I'm bulletproof and perfect".

This year's "Ads Worth Spreading", ted.com/initiatives/aws, were very nice, particularly the one for Chipotle, on the future of farming.

I love how some people take notes during TED : see pinterest.com/tednews (BTW WTF is pinterest ?). And if you want to see all of this year's conference, on one picture, check out TED's blog on the "live drawing" that was done by graphic designer Nat Al-Tahhan. 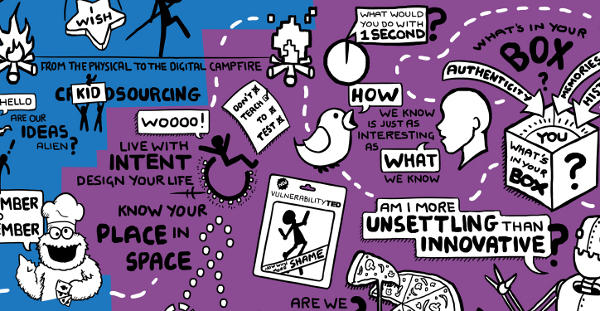