The last day of TED is all about questions, the first being "who are we ?". Session 11 started with some audience comments including one by Helen Fisher, an anthropologist, who gave a TED talk in 2006, "Why we love, why we cheat". She disagreed with the comments made by Christopher Ryan in session 9 : She doesn't believe that our aversion for people with multiple partners is a remnant from Victorian times, and that humans, like many other species, bond with another individual and are mostly monogamous.

We then got to hear Jim Flynn on the topic of intelligence, more precisely what we measure with IQ tests. We seem to get massive IQ gains over time; if we were tested against previous generation we would get a 130 score ! But what is really measured ? We are getting way better at 3 things : abstraction, classification, and logic.

Yet people score low in History, foreign languages, literature… and hence are bad at understanding politics. The talks ends with a frightening number : Americans have been lied to into 4 of the 6 latest wars.

Daniel Ogilvie then came to talk about the psychology of death, and why kids are so easily convinced that there is a soul, they are natural dualists. To answer kids' questions about death, we give them as fact the story of a heaven and hell, religious beliefs that are used to justify wars & violence. Daniel ended his presentation by encouraging us to talk about what we were told to believe, to revisit things we learned years ago.

Daniel Reisel (@danreisel) has studied the brains of violent criminals and psychopaths. He observed he measurable lack of empathy from them, and noticed that their brains have a deficient amygdala. Does that mean that we need to forgive the worst criminals ? No, they are still responsible for their actions. What is means is that we need to improve our prisons.

We now know that new brain cells are created all the time; people can change. In some programs for instances, criminals are given a lot of autonomy, or are asked to talk with their victims and see them as real people. This stimulates the amygdala. This reminds me of the Bastøy prison in Norway, filmed by Michael Moore (YouTube link).

Then came on stage Jared Diamond, famous author of "Guns, Germs, and Steel". He came to present his latest research on traditional societies, which made it into his latest book "The World Until Yesterday".

In this talk he focused on one aspect of traditional societies, the way the care for the elderly. It is important no to romanticize tribal practices, in nomadic societies, people get rid of elderly, through neglect, abandon, suicide, or by killing them. But in other tribes, in New Guinea for examples, they are cared for.

Older tribesmen can prepare food, babysit, produce objects, become leaders, and, when knowledge isn't written, they are "libraries" for the village. His talk was very interesting, but was a bit tedious.

Closing the session was Joshua Prager, a journalist who got in a bad car accident and was paralyzed for 4 years. He decided to find and talk to the man responsible for the accident, the driver of the truck that hit him, looking for remorse.

He did find him, but only got excuses & more excuses. Joshua concluded that this guy would never apologize, he was living an unexamined life, so he left.

Session 12 opened with a short video, a very cute ad for Coke.

This session focused on charities, and how we can help them. The first speaker was Peter Singer, starting his talk with a video from China, of a little girl killed on the street, while people walked by without helping. He then told us that much more children die each day from preventable diseases, yet we don't help either. What a cheap shot.

Singer advocated for what he calls "effective altruism", claiming that we need to use our heads as well as our hearts, when giving. He addressed some popular concerns, ranging from "what impact can I have" to "aren't charities too bureaucratic to really help ?". He gave some example of people who make a real effort, giving at least 10% of their income to charities, and said that it made sense to go into a career in finance if you want to help, you'll have more to give :).

He was followed by Orly Wahba, a middle school teacher. She created "act of kindness cards" : do what's on it, then give it to someone else. 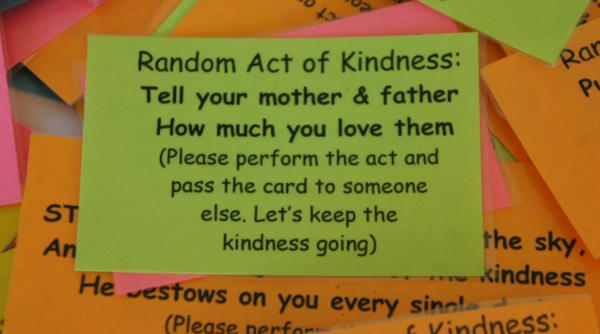 She mentioned how she gave food to someone living on the street, who told her "you see me !". I'm sorry, but I have to do this… 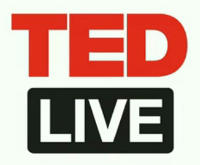 Chris Anderson mentioned TED Live, a way for people to watch the conference live, in schools, offices, with friends or colleagues.

Next was Dan Pallotta, author of the recent book "Charity Case: How the Nonprofit Community Can Stand Up for Itself and Really Change the World". He is a humanitarian activist who thinks charities have a lot to learn from the for-profit sector, and that we need to change our views.

Most people seem to think that compensation, in humanitarian work, is a bad thing, as if you're supposed to live in poverty to help the world. This of course makes no sense : Making money helping the world is bad, but making money not helping is ok ?

Charities take a lot of heat in the media when they do things like the for-profits, such as advertising, taking risks, or taking the time to grow before having a real impact; you're expected to help right away, without taking any money on "overhead".

Dan Pallotta thinks that this is a fanatical dogma, a remnant from puritans who saw charity as penance. What percentage of the money goes to overhead ? Who cares if it is used for growth ! Spending money on growth is necessary… to reduce "overhead". We confuse morality with frugality.

Easily the best talk of this session !

It was then time to end this last day of TED :(, with an humorous wrapup, by comedian Julia Sweeney. She made fun of the "giant robot that may be used to pick up things, one day", the "guy with spaghetti on his head", and "where are mammoth going to live ?". 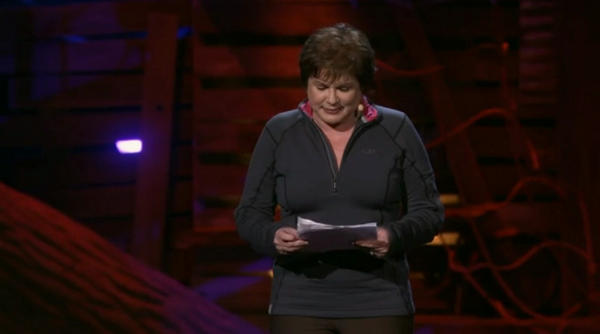 TED 2013 ended with a musical guest, Eric Whitacre, the composer who came to TED 2011 to show the amazing "virtual choir" project, which you can see at ericwhitacre.com/the-virtual-choir.

He performed "Cloud Burst", with a choir on stage, accompanied by singers over the Internet, live ! 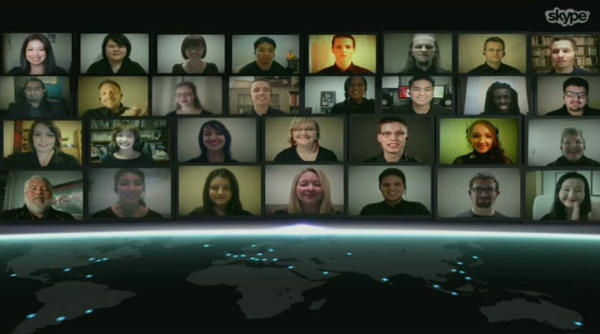 And that was it ! Now we just need to wait for TED Global :)