A new day of TED, bringing more things to think about. 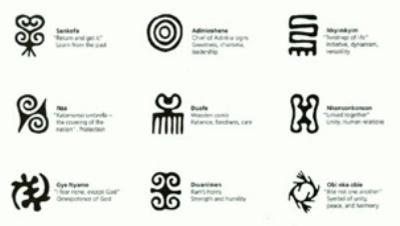 This session was all about the way we transmit information, and started with a presentation of African writing systems, by Saki Mafundikwa, founder of the Zimbabwe Institute of Vigital Arts. He brought a lot of examples, I wonder if those are in Unicode yet :).

Then, the linguist John McWhorter gave his talk, on the origins and future of grammar and written language. McWhorter refutes the idea that we are seeing a "decline of literacy", observed in text-messages that teens send ; he gave examples of "emergent complexity" that we are seeing in SMS, such as "lol" or "yo". One is a mark of empathy, and a the other a "pragmatic particle". I even learned of "slash", used to indicate a sudden change of of topic. I didn't know that one, I must be getting old

As for the "decline of literacy", we can quotes men from all over History claiming that young people don't how to speak or write "correctly", as early as 63AD, when Latin was being transformed… into French.

(Slash) Mohamed Jemni of the university of Tunis presented a system designed to translate text into sign language, that can be used to learn the signs, and to allow the deaf to use text messages, get public announcements, and so on. It seems that 80% of deaf people cannot read, so they are completely cut off from technology, until we develop more tools like this one.

The project is interesting, but the interface is not, as Jemni claims, "very easy to use", and the sample course's design…

We then heard Ajit Narayanan, who also works with another category of people that cannot read, children with autism. They have a hard time grasping the concept of abstraction, and if you think about it, you realize that written language is nothing but abstractions : lines to represent objects or ideas, plus a set of rules (grammar).

To help the children communicate with pictures, he has created the app "Avaz", and is now working on a new concept, "free speech". 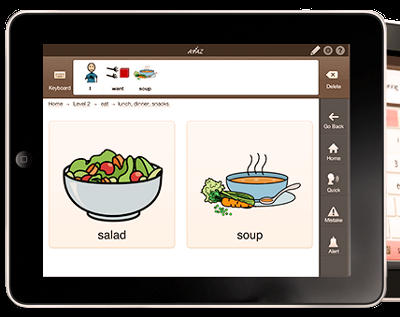 In Free Speech, words are represented by pictures, and are arranged in a map, joined by questions : who ? what ? where ? You then add "filters" to the images, to indicate the past tense, or a negation. 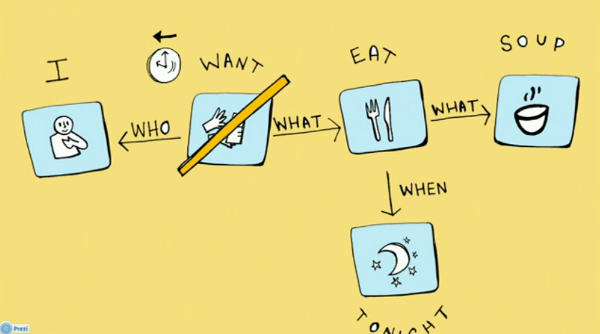 Using a translation engine, Free Speech can then be transcribed into English… or any language, really, just by creating a new engine. Ajit Narayanan wonders if his system is closer with the way language is in our brains, and if we one day will be able to use technology in directly in Free Speech.

After him came the artist Raghava KK, who creates interactive art, influenced by your brain waves (!). In one tableau, you get India's history, but then get the tale from the point of view of Pakistan, or the English :).

Denise Herzing showed us some of the research she does with dolphins, who use sound to communicate, and as a sonar. They have a signature "whistle" for one another, just like a name. With her research she his trying to allow two-way communication between us and them, but the technology is still very much a prototype. 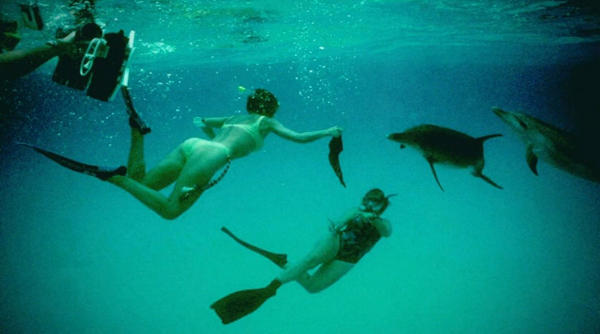 Session 8 was closed with the very entertaining talk of Adam Spencer, a "radio mathematician". As a self proclaimed math geek, he thinks he is not "good enough" to do research in math, but he uses his knowledge to share his passion for number to others, which he is very good at :)

His talk was about prime numbers, "natural numbers greater than 1 that have no positive divisors other than 1 and themselves". He mentioned the famous math demonstration done, with no words, around 1903 by Frank Nelson Cole (more info on that episode of This American Life). We also learned that the biggest prime number known had just be found, on January 25th !

Today, the search from larger prime number is distributed over thousands of personal computers, just like the search for extraterrestrial intelligence (SETI@home), or for cures for various diseases (folding@home).

TED needs to have a talk with you, sit down. Time for an "indelicate conversation".

We start with Rose George, with a talk on "poop". In the developing word, the topic is not so amusing; people die from diseases that come from a lack of proper sanitation. While a lot of help is provided to grant access to water, bathrooms are often ignored, a situation that need to change, through aid and education.

Ig Nobel laureate Kees Moeliker, who works at the natural history museum in Rotterdam, talked about a case of homosexual neutrophilia in ducks. Since he became that guy, people all over the world send him animals doing freaky sex acts with anything. Must be nice.

Speaking of freaky sex stuff, Christopher Ryan came on stage to talk about monkey sex : We are closer to chimps and bonobos that they are to other great apes. In a very informative graph he showed the differences in sexual behaviors between our distant cousins, from his book "Sex at dawn".

Christopher Ryan then explained that the current, "traditional" vision of man versus woman only exists since the advent of agriculture, that there are very different sexual behaviors out there; our fear of homosexuality and shaming of people with multiple partners comes from an outdated, Victorian view of sexuality, that only brings suffering. While I agree that there's nothing wrong with homosexuality, I still find "polyamory" weird.

Ok, enough about that. Let's broach the subject of cyber security. James Lyne of the security firm Sophos gave a frightening view of the underworld of the Internet. The numbers are simply staggering, the web really a giant place, with malware, viruses and trojans being created every day.

I already know most of this stuff, but in people's mind there's a bit of folklore about computer security; we imagine a young man, alone in his room, writing computer viruses to troll or gain fame. That may have been the case once, but today's pieces of malware are created by organized criminal gangs, and they create a real marketplace where one can trade personal information, credit card numbers, or use armies of compromised computers to do anything from sending spam or attacking a website. Also, you don't get "infected" by browsing porn on the web; most exploits are included on some poorly designed website, and you'll get it when you visit it.

What should we do ? There are some rules to follow, some basics that everyone should learn and apply. In our age of social everything, it is often through our friends & family that our security is broken.

To give an example of cyber attack, James Lyne talked about the fact that, when you enable WiFi on your device, it broadcast a list of the names of the networks it knows, to see if "office_network" or "home_michael" are available… which means that anyone listening knows where you've been, as some network names are very specific (hotels), while other are so unique that you find them via Google. Once again, WiFi security proves to be half assed.

In short, It is important to know how the stuff you use works.

This session also had a demo of a weird new product, dubbed "Ultra-Ever dry" : it is a coating that renders any surface super hydrophobic, which is weiiiiiiiiiiiird, as seen in this YouTube video :

Of course, this has an amazing number of uses, since something that can get wet is also resistant to corrosion, icing, bacteria…

The session ended with Anas Aremeyaw Anas, a Ghanaian undercover journalist, working in very dangerous condition to expose corruption, superstitious killings and inhumane prison conditions across Africa. Due to the nature of his work, he had to come on stage hiding his face. 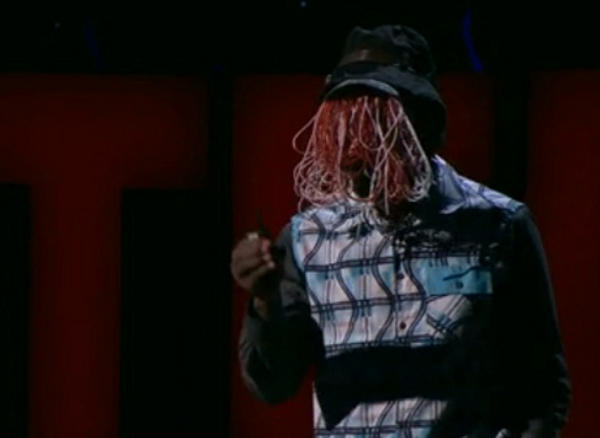 He talked about some of the investigation he has done, and the changes it caused. He believes in hard facts, fighting problems head on, a showing irrefutable proofs to change society.

Here's a session dedicated to people we don't often hear, starting with a performance by The Orchestre Symphonique Kimbanguiste, from Kinshasa.

Then came Liu Bolin, the Chinese artist known as "the invisible man". He paints his body in order to blend in the environment, in a way to denounce the way politics and society can make us feel.

He has done photos from China, New York (the 9/11 site, wall street…) Pompeii, even on French television, next to pictures of the war in the middle east, and of "people protesting for their freedom of speech" (actually, those are the protests against gay marriage).

For the TED audience, he even did an invisible man from the stage, and showed a video of how it was created : he is painted by assistants and then sits still while the picture is taken.

Back to technology, with a TED experiment, a 4-person talk, on the topic of an "interspecies internet", I<>I. Diana Reiss, Peter Gabriel, Neil Gershenfeld, and Vint Cerf presented this new project, a network of experiments aimed at contacting other species of animals, that are conscious, aware.

Dolphins with an underwater keyboard (again), bonobos with a webcam… It's interesting, even if I don't see dolphins using twitter just yet :).

We already have the basis for an interplanetary Internet, with contact with the ISS and Mars, but what about other intelligences ? The I2I project is great in that it teaches us to interact with an alien mind.

The session then took a dark turn, with the intervention of Lakshmi Pratury, the co-host of TEDIndia 2009, who came to talk to us about rapes in India, and the way the younger generation continues to protest, to speak up, online; "youngsters party publicly, and protest publicly".

Then, Eleanor Longden recounted her battle with schizophrenia, which made her hear voices, which at first would simply "narrate her life", but then turned violent, abusive. She's able to live with the illness, and now works in mental health !

After that, Hyeonseo Lee told us how it was growing up, and escaping, from North Korea. She mentioned starvation, public executions, and her very difficult escape through China : Had the Chinese police found her, she would have been sent back, as an illegal immigrant

. Through bribes, and sometimes the kindness of strangers, she has been able to bring her family as well. 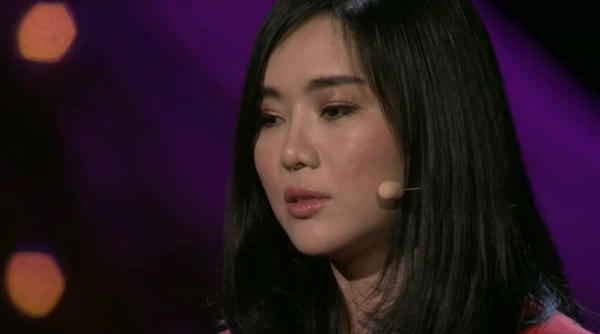 The session ended with a poet, Shane Koyczan. Accompanied by a violinist, he performed a very moving text, part of which is called "To This Day", and is available here :

Come to think about it, that "great ape sex" graph is an amazing piece of information design !