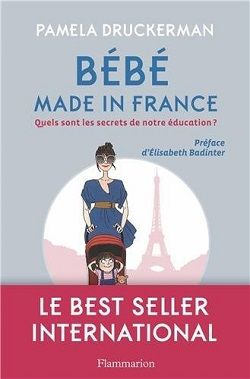 Bringing Up Bébé, by Pamela Druckerman 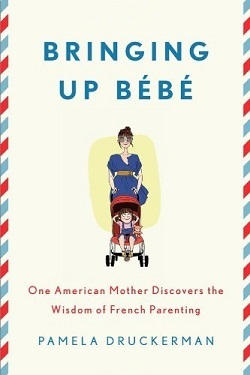 Pamela Druckerman is an American journalist who came to live in France with her children, and observed how the French raise kids differently from the Americans.

She does admit that the parents she describes are "middle class Parisians", and mentions that she only compares them to their equivalent in the USA.

Reading the book you'd think that all French children are little angels, which of course is not the case. Nevertheless, France does have a culture of child psychology, and has many respected psychologists, such as Didier Pleux and Françoise Dolto, or even good old Rousseau.

Druckerman observes some important differences between both style of parenting, the first being what she calls "la pause". French parents aren't afraid to make children wait a bit before answering their call, a pause that is often beneficial to the child's development.

During the first nights for instance, the baby has to learn how to go back to sleep on his own, hence getting to him or her right away actually increases the time it will take before he or she starts sleeping through the night. With pauses, the children learn patience and a bit of autonomy.

Other aspects of French parenting are what the author calls "le cadre", which means that you enforce strict rules, while leaving a lot a freedom inside those rules. French people also seem to talk to children rationally, with respect ; they don't see their kids as little projects.

Another important theme is food, of course, France being France

. She mentions attending one of the meetings where the menus for the crèches (day care) are created, and was amazed at all the different foods that the French make the children taste.

I'm not a parent yet, so I cannot really comment on the topic, but Pamela Druckerman does end her book with 10 pages of notes and a bibliography, which shows the research she made while crafting this book, it is not limited to anecdotal evidence.

The French translation of the book came out yesterday in France, and was mentioned on the news on a major channel : A French psychologist commented that yes, the book contains good advice on how to raise children, but unfortunately it would seem that the French are loosing that knowledge, starting to do things like the rest of the world.